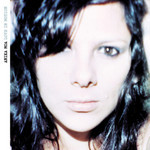 Anika's fourth album, 'Love in Motion' is the beautiful follow-up to 2008's 'In Swings the Tide' and includes lead single "Running Through the Fire (Storm)".

'Love in Motion' showcases the next phase of Moa's musical growth as she substitutes acoustic pop melodies tinged with blues as exhibited in previous releases (debut album 'Thinking Room', sophomore album 'Stolen Hill' and third release 'In Swings the Tide') for a grittier, electric sound.

Lyrically, 'Love in Motion' thrives off the concept of love itself. Moa proudly wears her heart on her sleeve like a military badge of honour, weaving tales of the trials and tribulations of love into an electric soundscape of pulsing guitar riffs.

Moa's desire to place emphasis on layering vocals and guitars, whilst simplifying song structure shortened the recording process of 'Love in Motion'. The recording time was divided between Neil Finn's Roundhead studios in Central Auckland and Bruce Lynch's boatshed Studio in Bayswater. The album was polished further under the guidance of co-producer Andre Upston and band (Chip Matthews, Geoff Maddock, Nick Gaffanley and Godfrey Grut).