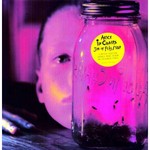 Sap was originally released early 1992, half a year before Dirt came out. It features guest appearances by Ann Wilson (Heart), Mark Arm (Mudhoney) and Chris Cornell (Soundgarden). Jar Of Flies was released in January 1994 and shows a side of the band that was unknown until then: predominately acoustic songs and the use of instruments like the harmonica and a talk-box.