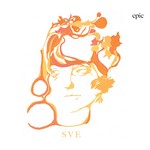 Van Etten lays a romantic melancholy lining over the gravel & dirt of heartbreak, without one honest thought or feeling spared. She sings of betrayal, obsession, egotism & all the emotions we hate in others & recognise in ourselves.

The final track here, Love More, has already been covered live in a collaborative effort by Bon Iver & The National, while Van Etten will be on the soundtrack for the film The Builder, alongside Bon Iver & Phosphorescent.

While Van Etten's debut album, Because I Was In Love, explored her thoughts on love through minimalism & sparseness, Epic lives up to its title, as a more fully realised project & incredibly affecting, beautiful listen.