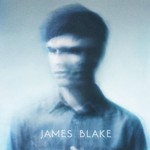 Earlier this month, James Blake released his cover version of Leslie Feist's 2007 album track Limit to Your Love. It couldn't have wished for more support. He had already released a string of singles on tiny independents, but this one had major-label muscle behind it: where once Blake's singles shared space on the release schedules with Claptrap by Joe, Blimey by Ramadanman and Untold's No One Likes a Smart Arse, now he found himself the labelmate of Welsh MOR songbird Duffy.

The track was all over Radio 1 for weeks. A lot of ink had been spilt over the 22-year-old producer-cum-singer-songwriter even before he came second in the BBC's Sound of 2011 poll. Limit to Your Love promptly sputtered into life before fizzling out again: it spent a week in the charts at No 39.

It sounds like the classic overhyped sales disaster, but rather than asking why the single failed to take off as you might have expected, it seems more pertinent to ask exactly how Blake ended up burdened with any commercial expectations in the first place. It's a question that becomes pretty deafening once you hear Unluck, the opening track of his eponymous debut album.

In comparison to that, Limit to Your Love - which replaced the honeyed string arrangement of Feist's original with eerie silences and explosions of juddering sub-bass - sounds like Have a Cheeky Christmas by the Cheeky Girls. Unluck features a jarring disjointed beat, see-sawing chords that are gradually eaten away by distortion and largely drowned out by Blake's vocal, which for some reason seems to have been recorded at twice the volume of everything else. On top of that, his singing is slathered in electronic effects that, rather than ironing out the imperfections, somehow point up the frailties, the moments where his voice croaks and cracks. It is unsettling and strange. You hesitate to call it difficult for fear of encouraging the kind of character who dismisses anyone who listens to anything other than Merzbow and free jazz, but Unluck offers immediate proof that Blake is, by some considerable distance, the most experimental artist in recent memory to make the annual hotly tipped lists.

That happened because critics got excited by those early independent singles, and the reason critics got excited is because Blake is exceptionally good at what he does, and what he does is hugely original, even by the standards of the dubstep scene that initially propelled him. Anyone searching for evidence of his unique sensibility should look no further than Lindisfarne I, a bold attempt to conjure the ambience of a ruined 11th-century Northumbrian monastery using only that most urban and 21st-century of musical ideas, Auto-Tuned vocals.

Occasionally, Blake's music and the vocals are fairly obviously working in tandem towards a common goal. On The Wilhelm Scream, the lyrics about being suddenly and unexpectedly overwhelmed by love are gradually submerged beneath crackling static and chords that start out echoing blues and gospel but turn increasingly dissonant, while I Never Learnt to Share's tale of family dysfunction - summed up in one, mournful, endlessly repeated line - is set to music that seems to have been blown apart; the sounds don't properly connect with each other. More often, however, working out exactly what he's driving at is like trying to grasp vapour, not least on I Mind: three minutes of incomprehensible vocal loops speeding up and slowing down, slipping in and out of time with the backing track, which unexpectedly shifts from the usual agonised crawl to a kind of pattering, vaguely Latin-American rhythm midway through. It's worth pointing out that its incomprehensibility isn't a failing. Even at its most impenetrable, the album leaves you in a state of charmed confusion: you frequently have no idea what's going to happen next - not exactly a sensation much current rock and pop evokes.

Indeed, if you were minded to pick holes in Blake's debut, you might alight not on the weird stuff, but the most uncomplicated. Give Me My Month dispenses with sonic trickery in favour of a simple piano ballad; it's the least interesting track here, because it isn't a particularly striking song, suggesting that Blake can't really do straightforward. Then again, surrounded as it is by the strange and the spellbinding, it's not as if he needs to. One thing the world really doesn't need is another straightforward singer-songwriter. It could do with invention and originality, with music that sounds utterly of the moment, in that you struggle to imagine it being made at any point in time before now: precisely the qualities James Blake has, in lieu of commercial potential. 4 / 5 The Guardian.