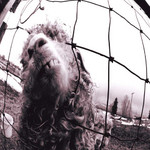 Originally released in 1993, the second album from Pearl Jam, 'Vs' is re-issued as a special edition with bonus tracks.

To celebrate Pearl Jam's 20th anniversary the band have re-issued 'Vs' as a special edition in deluxe packaging with bonus tracks.

Originally released in 1993, the second album from Pearl Jam, 'Vs', broke all initial SoundScan records and secured the band's reputation as a preeminent force in American rock music. Shattering all expectations, 'Vs' rolled into its first of five weeks atop the Billboard 200 at #1 with the highest first week's sales in music history; a record it would hold for the next five years.

The End is Just the Beginning