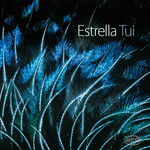 Formed in 2010, Estrella (formerly Estrella Quartet) is the first permanent group of its kind in New Zealand. In their unique combination of four pianists at two pianos, they present a distinctive visual and listening experience. Performing classical to contemporary works, the Quartet's repertoire includes pieces dedicated to them by leading New Zealand composers.

Somi Kim, Judy Lee, Lorelle McNaughton and Cindy Tsao are alumni of the University of Auckland School of Music where they studied under the tutelage of Stephen De Pledge and Rae de Lisle.

The quartet perform throughout the country and enjoy showcasing New Zealand repertoire to different audiences. They have played for international pianists Read Gainsford, David Lively, Stephen Kovacevich and Richard Mapp in masterclasses, including the New Zealand International Piano Festival and the Dartington International Summer School.

Estrella presented the New Zealand premiere of Graham Fitkin's complete works for double piano duo, an event that received critical acclaim. In 2011, they were were awarded the 6th Pettman/Royal Overseas League International Scholarship for a New Zealand Chamber Ensemble, a scholarship valued at NZ$50,000.

In 2012, Estrella traveled to the UK to give a six week concert tour as winners of the Pettman/ROSL scholarship. Highlights included performing in London at the Royal Overseas League, St Martin-in-the-Fields and St. James's Piccadilly and also at the Edinburgh Fringe Festival. The quartet also received lessons and masterclasses from prominent UK-based pianists and teachers, including Sophia Rahman, Andrew Zolinsky, Leslie Howard and Ronan O'Hora.

Estrella is the recipient of the University of Auckland Carl and Alberta Rosenfeldt Prize in Chamber Music, the Auckland Chamber Music Society Scholarship, the Bernhardt and Anne Harrison Memorial Scholarship and the Llewelyn Jones Prize in Music for Piano. Their performances have been recorded and broadcast by RadioNZ Concert and Asia Downunder (TVNZ).

Gareth Farr
2. Into The Chasm
3. Bintang