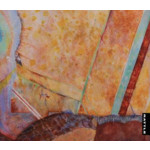 Commissioned by pianist Stephen De Pledge, Landscape Preludes is a suite of twelve works for solo piano from some of New Zealand's most renowned composers. De Pledge debuted the preludes in 2008, but until now they haven't been recorded collectively for album release. Versions of Victoria Kelly's Goodnight Kiwi and John Psathas' Sleeper have appeared on earlier Rattle releases (Michael Houstoun's Inland and John Psathas' Ukiyo respectively), but we are delighted to now present the complete suite, here performed by New Zealand pianist Henry Wong Doe in his Rattle debut.

"Landscape Preludes consists of 12 piano pieces composed between 2003 and 2007 by 12 different composers from New Zealand. They were commissioned by the New Zealand-based pianist Stephen De Pledge, who also gave their premieres. Their first CD recording, however, features another pianist, Henry Wong Doe, a New Zealand native based in the United States. In his booklet notes, Doe mentions that he learned the pieces quickly, and without referring to De Pledge's recordings (available on YouTube). He certainly seems to have mastered the notes and assimilated the music to the highest standards. No doubt that other composers are lined up at Doe's door." (9 / 9 ClassicsToday Oct 2014)