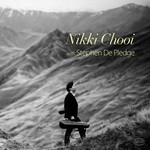 Nikki Chooi was born in Victoria, British Columbia, Canada and began his studies at age 9 at the Victoria Conservatory of Music, under the tutelage of Sydney Humphreys. He is a graduate of the Mount Royal Conservatory, received his undergraduate degree from the Curtis Institute of Music, and completed further studies at the Juilliard School with Ida Kavafian and Donald Weilerstein.