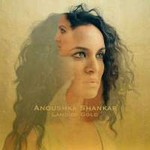 Land of Gold is Anoushka Shankar's fervent response to the humanitarian trauma of displaced people fleeing conflict and poverty. The virtuoso sitar player explores an expressive range, conveying an evocative journey infused with a message of enduring hope.

With exquisite arrangements blending genres and musical collaborations, Land of Gold is a narrative communicated with conviction and poetic beauty.

"The seeds of Land of Gold originated in the context of the humanitarian plight of refugees. It coincided with the time when I had recently given birth to my second child. I was deeply troubled by the intense contrast between my ability to provide for my baby, and others who desperately wanted to provide the same security for their children but were unable to do so." - Anoushka Shankar

"The narrative thread carried throughout the album evokes themes of disconnection, vulnerability and the underlying hope that persists in our darkest experiences. My instrument is the terrain in which I explore the gamut of emotional expression - evoking shades of aggression, anger and tenderness, while incorporating elements of classical minimalism, jazz, electronica and Indian classical styles. " Anoushka Shankar

Produced by Anoushka and her husband Joe Wright, whose film-making sensibilities helped to shape and add depth to the mood and energy of the album.

Anoushka worked with a core-team of gifted musicians: At its base the album is designed as a trio of Anoushka, the famous Hang Drum player Manu Delago who performs on and co-wrote many of the pieces, and Sanjeev Shankar who was a student of her father Ravi Shankar, playing the Shehnai, a beautiful reed instrument from India.

Top notch female guest artists lend their voices to the album: M.I.A. with the Song "Jump In (Cross the Line)", the wonderful singer Alev Lenz on "Land of Gold" and the actress and activist Vanessa Redgrave on "Remain the Sea" (reading a poem by Pavana Reddy).

Not only do they add different musical styles and voices of different generations but all of them represent strong women known for using their voices for equality and against injustice. The last song "Reunion" features a girl's children choir "Girls for Equality".

Silk Road Journeys: Beyond the Horizon