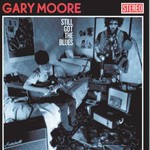 Gary Moore was a Northern Irish musician, most widely recognised as a singer, songwriter, and virtuoso rock and blues guitarist. In a career dating back to the 1960s, Moore played with musicians including Phil Lynott and Brian Downey during his teenage years, leading him to memberships of the Irish bands Skid Row and Thin Lizzy, and British band Colosseum II. Moore shared the stage with such blues and rock musicians as B.B. King, Albert King, Jack Bruce, Albert Collins, George Harrison, and Greg Lake, as well as having a successful solo career.

In July 1979, he left the band permanently to focus on his solo career. The combination of Moore's blues-based guitar and Lynott's voice produced "Parisienne Walkways", which reached the Top Ten in the UK Singles Chart in April 1979. He experimented with many musical genres, including rock, jazz, blues, country, electric blues, hard rock, and heavy metal. After a series of rock records, Moore returned to blues music with Still Got the Blues (1990), with contributions from Albert King, Albert Collins, and George Harrison. The album was well received by fans and was certified Gold in the U.S.