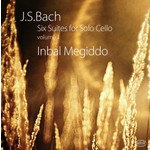 While much of Bach's music is deeply associated with the church, for six years Bach served as Kapellmeister at the little Calvinist court at Cothen, where sacred music did not hold much importance. Bach was in a unique position, having the resources and the freedom to compose what he wished. It is likely that the six suites for unaccompanied were written during this time between 1720 and 17.23. Bach was not a cellist himself, and it is uncertain whether he wrote the suites for a particular performer. But despite not being a cellist, his knowledge of the instrument must have been profound as he manages to create what Christoph Wolff describes as "maximum effect with a minimum of instrumental tools." The baroque cello was most often relegated to providing a bass line but with the suites, Bach elevated the cello from accompanist to soloist, demonstrating that it could go well beyond its customary role. In the suites, one cello alone provides the bass, dense counterpoint, refined harmonies and rich musical structure. And in doing so, Bach stretches the cellist's technique, making full use of the instrument's range and possibilities.