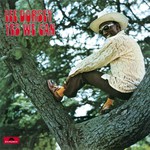 Lee Dorsey († December 1, 1986) began his career as a lightweight boxer in the early 1950s and moved on to become an influential African American pop and R&B singer during the 1960s.

His successful period began when he met songwriter and record producer Allen Toussaint with whom he recorded several songs like "Ya Ya", "Working In The Coalmine", "Ride Your Pony" and many more which all charted in the Billboard Hot 100 singles chart.

In 1970 Dorsey recorded the Yes We Can album again with Allen Toussaint together with the support band The Meters. Several of the songs were covered by major artists who scored hits with them later that decade; "Yes We Can" by The Pointer Sisters and "Sneakin' Sally Thru The Alley" by Robert Palmer. The other songs are straight up funky tracks and have a variety of styles and sounds. Included are the protest soul recording "Who's Gonna' Help Brother Get Further" and the somewhat hilarious comedy song "Would You". All in all it stands as a great soul album for that time.

The Music On Vinyl edition is pressed on green vinyl and is available in a limited run of 1.000 individually numbered copies, including an insert with song lyrics.