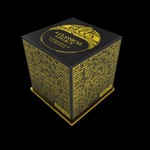 "Without a doubt Decca is the best in the world, and long may it continue to be so! Bravo!" -- Luciano Pavarotti

A glance at Decca's extensive roster of artists since the company's formation in February 1929 throws up household names in every decade - Ansermet, Ashkenazy, Bartoli, Brendel, Britten, Chailly, Ferrier, Flagstad, Fleming, Jansen, Karajan, Nilsson, Pavarotti, Solti, Sutherland, Tebaldi, Uchida ... the list goes on and on. In fact, if you name a major classical artist of the last 90 years, there is a good chance they will have recorded for Decca and the labels that make up Decca as we know it today.

Celebrating the incredible classical legacy of Decca, the label presents a specially curated selection of landmark recordings from its first 90 years.

What's in the box?

A specially curated selection of 55 albums, presented with original artwork, plus a special 2-CD collection of recordings from the 78rpm era.

Landmark recordings from the Decca, Argo, L'Oiseau-lyre and Phase 4 Stereo labels, including the Entartete Musik and Headline series

90 years of sound perfection and great artistry; from the earliest days of the 78 era and launch of FFRR recordings to the present day

Some of the greatest orchestral, concerto, chamber, sacred, vocal and opera recordings of all time

This set is the classical compendium to the new authoritative book on Decca: The Supreme Record Company.

CD38 A FESTIVAL OF NINE LESSONS AND CAROLS (Argo)
Willcocks/Kings