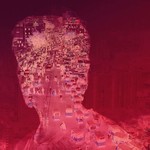 Described by Max Richter as a "place to think and reflect", Voices celebrates the Universal Declaration of Human Rights. The album comprises material featuring orchestra, choir, solo soprano, solo violin, solo piano and electronics. The single All Human Beings features hundreds of crowd-sourced recordings of people all over the globe reading the Declaration in more than 70 languages, and includes the 1949 recording of the preamble to the declaration by Eleanor Roosevelt. The accompanying video is a poignant reminder of the healing and uniting power of music in these uncertain and challenging times.

Regarding the concept behind 'All Human Beings' Richter explained, "The opening words of the declaration, drafted in 1948, are 'All human beings are born free and equal in dignity and rights'. These inspiring words are a guiding principle for the whole declaration but, looking around at the world we have made in the decades since they were written, it is clear that we have forgotten them. The recent brutal events in the US, leading to the tragic deaths of George Floyd and Breonna Taylor, as well as countless other abuses around the world, are proof of that. At such times it is easy to feel hopeless but, just as the problems of our world are of our own making, so the solutions can be. While the past is fixed, the future is yet unwritten, and the declaration sets out an uplifting vision of a better and fairer world that is within our reach if we choose it. Voices is a musical space to reconnect with these inspiring principles and Yulia Mahr's striking film depicts this inspiration in a beautiful way, while offering a glimpse into her full-length film of our project to come."

Voices had its world premiere at the Barbican in London in February, which was performed live on stage by more than 60 musicians. The music features an 'upside-down' orchestra, a radical reimagining of the traditional orchestra formation. "It came out of this idea of the world being turned upside down, our sense of what's normal being subverted, so I have turned the orchestra upside down in terms of the proportion of instruments," said Richter.

The album is is not only a showcase of Max Richter's extraordinary talent but also a message of hope, a call for contemplation, and a celebration of global community in dramatic changing times.

"Richter is the architect of a post-minimalist electronic revolution at the borderlands of classical music" - The ECONOMIST, 1843 MAGAZINE

"Richter works in a tone that is sincere and serious; many of his pieces could be described as beautiful. It's a style at odds with the fashionable inscrutability of postmodernism." - LOS ANGELES TIMES

"No contemporary composer expresses the same complexity of emotion on screen as Max Richter, whose work pervades modern culture, from film to television to dance to theatre." - THE ATLANTIC