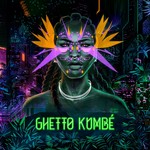 Raised on Colombia's Caribbean coast and united by its capital, Bogota, Ghetto Kumbé combines the rich musical heritage of their home, to invoke the spirit of digital rumba in audiences all over the world. The secret behind their irresistible electronic ritual lies in their powerful percussion base; Caribbean house beats and traditional Afro-Colombian rhythms inherited from West Africa. The album's co-producer, The Busy Twist, adds all the legacy of UK's Bass scene to the Afro-futuristic sounds of the 3 Colombians.

Inspired by the different revolutionary movements emerging all over the world, the first full-length from Ghetto Kumbé is visceral, committed, and rebellious, denouncing through frantic rhythms the inequalities and abuses imposed by corrupt governments, while simultaneously enticing listeners to join in the fight. Dance mingles with awareness to create a global community, where family, friends, and strangers come together through our shared love of music and activate change amongst themselves.