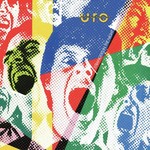 Limited edition clear vinyl LP. Regarded by many as one of the finest live albums of all time, Strangers in The Night captured UFO at the peak of their powers as a band.

Originally released in 1979, this double album was recorded during the bands October 1978 US tour, which can only be described as a live greatest hits of the band's repertoire.