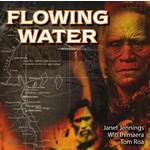 This unique blend of kapa haka, opera, drama and music tells the histories of Aotearoa New Zealand through key events that took place from the emerging of this land from the waters, to the arrival of Māori, the arrival of British, to ensuing achievements and conflicts, through to the present day. Written by New Zealand literary giant, Witi Ihimaera, with additional libretto by acclaimed historian, Dr Tom Roa and music by one of our leading composers, Janet Jennings, this is an epic and significant work. Comprising two CDs and over 90 minutes of music, the rich virtual orchestration accompanies the voices of leading and emerging New Zealand vocalists and Voices New Zealand chamber choir.

Disc one commences with the Tohunga telling the origin of creation through the story of Maui pulling Aotearoa from the depths of the ocean. He then tells the magic of the mountains and the creation of the Waikato river, followed by the coming of the Tainui waka. It then jumps forward to the 1840s, a few years after the signing of the Treaty of Waitangi and the arrival of the British. Events occur on the boat that give insight into the attitudes, dreams and realities of these early immigrants' lives and introduce characters that are followed throughout the opera. Then, in 1858, as a result of tensions between Māori and Pakeha, the concerns, fears and aspiration of the Māori people are evident as Tamihana convinces Potatau of the need for a King. The Kingitanga movement begins not long before Governor Grey hosts a ball to announce the advancement of troops into Waikato. The following scenes enact the lead-up and horrors of the Battle of Rangiriri, regarded as the defining moment in the history of the Waikato Wars.

The second disc starts in the year 1907, when New Zealand achieved Dominion status. The Hamilton townsmen and women celebrate the history of the building of their city. Only a few years later, with the arrival of the worldwide Great War, particular pressure comes for Māori to join Pākehā and fight for the Dominion of New Zealand. In the Waikato, resistance to Māori signing up as soldiers is led by the charismatic Princess Te Puea at Turangawaewae settlement. Sir Apirana Ngata leads a delegation to convince Te Puea to allow her people to fight. Against her wishes a young warrior Tai joins the troops and they head off to war. Scenes from Gallipoli follow and the Maori and Pakeha women come to understand the price they have paid to New Zealand, as deaths are announced.

The opera draws to a close with past and present mingling to reflect on the future. How will the healing waters of the river resolve the injustices of the past and provide for hope in the future? The Tohunga and the atua-spirits remind all: "No na ko tatou! No tatou ia! Protect the river!" Potatau Te Wherowhero, the first Māori King, enters. He voices the vision that many have in New Zealand today of one country, two peoples, as enshrined under the Treaty of Waitangi. The opera ends with a haka, a challenge to all, to continue to look to the past and, in it, find the way to insure the future. The atua-spirits return to assure that the river flows on.

Theatreview.com wrote about the premiere season of Flowing Water: "Jennings' sumptuous and rippling score marries with Ihimaera's lively text, with fine performances by many accomplished soloists and choristers. The performers are supported by a continuous track of fine choral singing from 'Voices New Zealand', under the direction of Karen Grylls, and this layer of sound adds a rich texture to the overall effect."