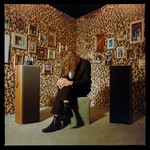 Kevin Morby
This Is A Photograph (Limited LP)

Available on limited 'Gold Nugget' vinyl.
This Is A Photograph, Morby's 7th album, finds him making an Americana paean, a visceral life and death, blood on the canvas outpouring. The creatively invigorated songwriter has managed to align his finest songs, his best vocal performances, his most incisive lyrics, and his most lush arrangements and put them all on This Is A Photograph. This is unquestionably his magnum opus to date.

Once again, Sam Cohen (who had produced Singing Saw and Oh My God) helmed the project. They began in Cohen's upstate New York studio that was still being built, along with drummer Nick Kinsey, working on the songs slowly as the journey of the recording matched the start-stop quality of 2021 itself, with magical moments sprinkled into the precarious navigations. Over time, the cast began to fill out.