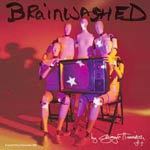 'Brainwashed' is the last George Harrison studio album, written and recorded before he died in 2001 and produced by George, Jeff Lynne and Dhani Harrison.

It represents the first release of new Harrison material since the platinum selling, 1987 album 'Cloud Nine' (work with the Traveling Wilbury's and the two Beatles singles coming in between).

The tracks were recorded over a period of time, and knowing that he would be unable to finish the record, George left detailed notes for his son, Dhani and long time friend and associate Jeff Lynne, who have spent much of this year completing the final work on the album.

All but one of the 12 tracks on 'Brainwashed' are George Harrison originals, and represent some of the strongest material he has ever written.