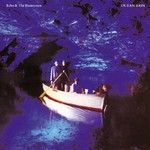 Founded in 1978 and comprised of Ian McCulloch (vocals), Will Sergeant (guitars), Les Pattinson (bass), and Pete de Freitas (drums), Echo & The Bunnymen created a swirling fusion of gloomy postpunk and Doors-inspired psychedelia. They were key figures in the thriving club scene that put Liverpool on the pop map again for the first time since The Beatles. The Bunnymen rank among the most influential groups of the last two decades, their sound reverberating through acts as diverse as Pavement, The Flaming Lips, and Oasis.

The Velvet Underground and Nico