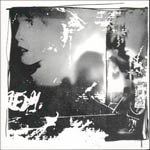 Rose-crested spots of honey-dripping sound sent from heaven withinin multi-layered, sonically textured adventures in sound - this is the debut album from Mike Feerick aka Amusement Parks On Fire.

Take a breath and allow the crescendo of sound cascade upon you amidst a flurry of feedback...

A product of Nottingham, England's burgeoning art-punk scene, Amusement Parks On Fire have been performing their "ethereal" and "incredibly loud" set across the UK, preparing the unsuspecting public for their remarkable debut.

As a disciple of the teachings that all things connected with Kevin Shields are gold-plated, rose-crested spots of honey-dripping sound sent from heaven, vocalist and guitarist Mike Feerick aka Amusement Parks On Fire, is also a believer in multi-layered, sonically textured adventures in sound, filling his debut album with these songs.

From the almost symphonic opener and ethereal nuance of first single 'Venus In Cancer', AMOF evoke a similar feeling to that the first time you heard The Jesus and Mary Chain or My Vitriol. Gliding and swooping, 'AMOF' is packed with intense moments but a particular standout is the full throttle buzz saw dynamo 'Venosa', four minutes of virtuoso Shields-isms amidst a flurry of feedback. There's David Lynch-ian moments as well as the covert inspiration of groups such as Mogwai, Sonic Youth and My Bloody Valentine lurking in the maelstrom.

No doubt there will be the cynic who will claim to have heard this type of record before and to a degree, of course they may have a point, but it's doubtful anyone's ears can claim to have heard an album that's equal measures sonic battery and aural beauty quite the same as 'AMOF' in recent times. A triumphant fanfare for his debut.