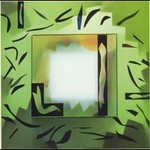 The Shutov Assembly is a continuation of the atmospheric work found on Eno's four landmark albums in the Ambient series. Eno had discovered that Russian artist and friend Sergei Shutov often painted to his music but was unable to obtain many of his records in Russia. He resolved to collate a tape of previously unreleased material to give to Shutov and discovered a previously unnoticed thread that ran through the pieces, creating an unintentional full length work. The pieces that make up The Shutov Assembly, also released in 1992, are named after places where Eno had done image-and-sound installations.

A1. Triennale
A2. Alhondiga
A3. Markgraph
B1. Lanzarote
B2. Francisco
B3. Cavallino
C1. Riverside
C2. Innocenti
C3. Stefelijk
D1. Ikebukuro