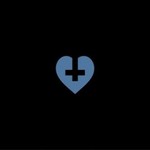 "From note one, the listener is hermetically sealed into I Love You But I've Chosen Darkness' unique musical universe where overdriven bass leads, pinpoint guitar lines and ominous synths hit with maximum impact.”- Billboard.

"From note one, the listener is hermetically sealed into I Love You But I've Chosen Darkness' unique musical universe where overdriven bass leads, pinpoint guitar lines and ominous synths hit with maximum impact.”
- Billboard

"Establishes I.L.Y.B.I.C.D. as being no longer a band to watch, but a band to listen to.”
- Pitchfork

After a lifetime of nightfall and foggy moonlight, I Love You But I've Chosen Darkness creeps out of the shadows with their long-waited full-length debut, 'Fear Is On Our Side'. The Austin, Texas, 5-piece follows up their '03 self-titled, 5-song EP with a dose of thunder and lightning, an indie rock musical journey into pain and pleasure.

Chosen Darkness have perfected a dramatic and compelling, sweeping indie rock, for fans of Interpol and The Walkmen.

Produced by the legendary Paul Barker [Ministry, Revolting Cocks], 'Fear Is On Our Side' is more sadness than joy, with Christian Goyer's lonely lyrics and hauntingly echoed guitar persuaded by Edward Robert's chorused basslines. The sound is coaxing and familiar, with Ernest Salaz's textured guitar melodies alternately subtle and entrancing, then howling and anguished.

From tragic opening tale 'The Ghost', the group echoes past ages and foretells the future. Powerful layers rip through the silence, reminiscent of latter-era Talk Talk – as with all this introspection, also comes passion.

Since '01, …Chosen Darkness have paid their dues by becoming THE band to play with in Austin. Now, it's time to put a sound with the name. 'Fear Is On Our Side' isn't trivial or banal, nor trendy or futile. Fear is a testament to our times, our revolutions and our meaning. It's timeless, maniacal and resounding. Indie rock as we always wanted it to be.

This Pop Frenzy licensed version of 'Fear Is On Our Side' also features an exclusive Aus/NZ bonus track, 'Close To Here'.

"Their steady success might be attached to the argument about art education: learn other's voices to find your own… a lean effective debut.”
- Stylus Magazine

"Despite all of its polish and grandiosity, this is no easy listening, but so much more rewarding.”
- metacritic