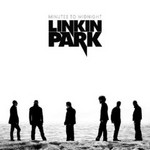 Touted as the band's best and most important work to date, 'Minutes to Midnight' is an album which vocalist Mike Shinoda sees as, "a breakthrough in the development of the band's sound".

Linkin Park has sold 40 million records worldwide since their debut in 2000. The Diamond-Certified 'Hybrid Theory' has alone sold more than 18 million copies. In addition, Linkin Park established 'Music For Relief' with the Red Cross in January 2005 to help aid victims of world catastrophes and combat global warming.

How to Dismantle an Atomic Bomb