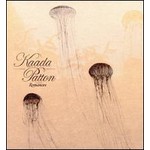 Kaada weaves the backdrop of soul, easy listening, R&B and eclecticism into the perfect tapestry for Mike Patton to lend his instrument like vocals.

Mike Patton's last release for 2004 is 'Romances', an eerily addicting work with inspirations from Mahler, Chopin, Brahms and Liszt. Patton takes the rich background that partner Kaada lays out and vocally plays upon the parts provided. From unpredictable vocal sounds to the most fluid singing to leave Patton's throat in some time, this album showcases all of the many reasons why Patton fans are inspired by his many identities. Carrying forward his listeners from Faith No More to Mr. Bungle to Fantomas to Tomahawk and so on, Mike Patton has built up a diehard group of listeners who are believers in the true meaning of experimentation.

Kaada aka John Kaada, is a Norwegian musician, who released his debut album ('Thank You For Giving Me Your Valuable Time') in his homeland amidst critical raves including Billboard's Norwegian edition naming the album one of the ten most important releases of the year. Also an active film composer, he's won numerous awards for his wide-ranging themes. In the US, his record saw a release on Ipecac Recordings in 2003.

With 'Romances', Kaada weaves the backdrop of soul, easy listening, R&B and eclecticism into the perfect tapestry for Mike Patton to lend his instrument like vocals. Kaada erases the line between samples and live instruments; it's often impossible to tell which is which.