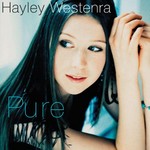 When you're in the presence of beauty it's not something you have to think about. Whether it's aural or visual, or in Hayley Westenra's case both, you tingle with the feeling that your soul has been touched.

True talent is equally indefinable. You can pontificate about perfect pitch, analyse the cadence of every note, wax lyrical about the feast before you, but you know when people come along and say they love to listen to their CD every day that something special has been communicated.

A voice like Hayley Westenra's can be nurtured and guided through maturity, but its source belongs to nature. Born into a family of singers - her grandparents on both sides sang in pubs and on the radio - Hayley's perfect pitch was noticed by a schoolteacher when at the age of six she performed in a school Christmas play.

She is now 16, a major artist in her native New Zealand, with a performance portfolio that includes the Royal Philharmonic Orchestra and Russell Watson. Hayley's voice so inspired New Zealand opera diva Dame Malvina Major she offered to tutor her. For Hayley, Dame Malvina has become a mentor and muse.

With so much happening so quickly you would expect a precocious teenager to be the result. Hayley is neither arrogant nor falsely demure, just a young woman with the regular passions of someone her age and an irregular ability to express herself beyond her years.

She knows that to put a song across you have to first understand what it is saying, then get inside it and express its emotion to your audience. It doesn't matter whether it is an operatic piece in French, German or Italian (languages she's studied), or English or Maori, she makes sure she is aware of every nuance.

Hayley has broken new artistic ground in her choice of songs for 'Pure', her first international CD release. "Before, I was singing show tunes and light classical music. It was all one genre, whereas now I've got a lot more variety. I'm going to more extremes with proper classical pieces and poppier songs. Making this album has broadened the way I sing, I've developed different singing styles."

Hayley sees herself as primarily a classical performer, but she does not wish to put herself into a stylistic corner, and on 'Pure' she explores the worlds of pop, traditional Maori choral singing, and gives a new freshness to well-known classical repertoire. The album's producer Giles Martin enrolled a number of people to help Hayley achieve this, including his father, legendary Beatles producer Sir George Martin, all of whom contributed in achieving the album's unique appeal. Hayley is disbelieving that she worked with someone of his stature.

The eldest of three artistic children (Isaac, Sophie and Hayley), Hayley is adept at piano, violin and ballet. Her parents, Christchurch gemologist Gerald and his wife Jill naturally encourage their children, but insist they're not pushy stage parents. They are facilitating their children's artistic wishes whether it is dancing, music or acting, not the other way round.

The result, personified by Hayley, is a poised young person, inside and out, who understands how crucial it is to maintain a normal family life. That way she is able to cope with the pressures of being an international performer. Which is just as well, because 'Pure' is sure to establish Hayley Westenra as a major new world star.

The scene is a performance of a primary school Christmas play. The expectation from adoring parents is for the children to sing flat, fluff their lines and maybe trip over the scenery. Everybody expects a few laughs; no one expects brilliance.

It was at just such a show that New Zealanders Jill and Gerald Westenra first witnessed their daughter Hayley's extraordinary talent. "Her school put on a show called The Littlest Star", Jill says. "Hayley was just six and all she'd said to me was 'Mummy, I need my ballet gear'. So we went along and found that in fact she was the star of the show - the littlest star."

A teacher approached Jill after the performance and told her that Hayley was pitch-perfect and suggested that she take up a musical instrument to encourage her talents. So Hayley began violin lessons. It was the beginning of a relationship with music that's been the driving force in her life ever since.

In stark contrast to most children who have to be forced to practise, Hayley took every opportunity to perfect her talents - quickly adding piano and recorder tuition to her violin lessons, and learning to read music by the age of seven. It was also around this time that her passion for Musical Theatre began to take shape. By the age of eleven, Hayley had appeared in over 40 stage productions, sung on TV shows and performed in major concerts. "It's a really great feeling," recalls 16-year-old Hayley, "when you're on stage you are in darkness and then you step out into the lights and it is like you've moved into a different world".

In 2000 Hayley recorded a demo album, mainly as what she called a "memento". This personal souvenir - just 1000 copies were pressed - unlocked the key to her future. On the day the recording of the CD was completed, Hayley and her younger sister Sophie (both vocalists, violinists and pianists while younger brother Isaac plays the flute), busked in their home town, Christchurch. The pair quickly drew an enthusiastic crowd. "A woman asked us if we'd recorded anything." The young busker's fan was a journalist with a local television station and Hayley soon appeared on air. The appearance captured the attention of a leading New Zealand concert promoter Gray Bartlett, and a deal with Universal Music New Zealand soon followed.

Hayley's self-titled debut recording for Universal New Zealand featured an eclectic mix of show music and classical pieces; it went straight in at No.1 in the pop charts (where it remained for four weeks), turned triple platinum and made Hayley the fastest-selling local artist in New Zealand's history. This was soon followed by the Christmas album 'My Gift To You'.

After hearing her sing, New Zealand opera legend Dame Malvina Major offered to give Hayley lessons. Dame Malvina says of Hayley's voice, "It's absolutely musically true. A lot of young singers have beautiful voices but they have to be guided into that sort of clarity. She has it naturally".

The relationship has become close, and invaluable for Hayley. "Dame Malvina has taught me so much," says Hayley. "She's such a lovely person too and helps me in other areas as well - not just technique, but discussing things about my career with me and about performing on stage."

Hayley smiles easily and her eyes twinkle with enthusiasm as she talks of her passion for singing. "I always dreamed about being a singer but I was quite realistic about what I hoped for. I thought, well, maybe when I'm older I could do part-time professional singing and have a job too. Once I got to the stage of getting a record contract with Universal, that's when things started to get exciting. Now I've got an international contract with the Decca Music Group and I'm doing things like singing with Russell Watson - it's really exciting!"

"I come from a really musical family", says Hayley. "On my mother's side, my grandma and grandfather used to go round performing in pubs - grandad would play the piano-accordion and piano and nana would sing. On my dad's side, my grandma used to sing on the radio. I guess I inherited some of that musicality from them." Hayley's strong Celtic roots have also influenced her. Her great grandparents emigrated from Wales and Scotland while her grandmother originated from Ireland.

"It's important for a vocalist to be able to sing in any language", she says. "To portray the emotion in a song you need to have an understanding of what the song is about", she says. "And if the song is in another language then I try to find a translation." Already studying French and German at school, Hayley is now adding Italian to her repertoire.

Away from the stage, Hayley is a typical teenager. Music is her top priority but she is also keen on netball, swimming and indoor rock-climbing and has represented her school at cross-country running. "Other than music, I also enjoy ballet dancing [she has performed with the Royal New Zealand Ballet], reading, watching movies, shopping and hanging out with my friends! I also like listening to music. My favourite artists are Nelly Furtado, Craig David, Shakira, The Corrs and Vanessa Carlton."

During Hayley's whistle-stop visit to the UK in spring 2002, she performed in concerts with Russell Watson in Cardiff, Newcastle and Wembley. "We have one of his CDs at home, so to get a call saying 'We'd like you to sing with Russell Watson' was like, wow!" Russell returns the compliment. "The first time I met her in New Zealand, I saw this tiny girl and then this voice came out and it was incredible. The only word that I can use to describe it is angelic. I think she's a phenomenon."

"I'd like to write my own songs in the future", says Hayley. "But for now, I'm looking forward to performing around the world and experiencing singing in front of different audiences. That will be so cool!"

"If I could be anyone in the world, I'd actually choose to be me, where I am right now, because I'm so excited about what I'm doing and I'm loving it totally. It's incredible; the opportunities I've been given. I really didn't expect this to happen", she says with wide-eyed wonder. "It is amazing how one thing leads to another."

My Gift To You