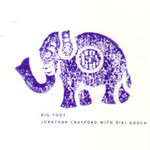 The idea was to generate the kind of feeling they'd get at their live gigs, putting down something special each time, leaving Crayford and Gooch to mull over what, if anything, needed to be added.

"I've collected so many instruments I had to put them all to work. These are tunes I played with Riki and others at our regular gig at Havana Bar for a couple of years, music I wrote to express some kind of feeling I had at the time - often to do with growing up in NZ. I've also taken the opportunity to indulge my impersonations of various characters I have encountered or made up and put a few jokes and skits as interludes, there is even a car ad in the middle".
- Jonathan Crayford

Humour and the Misfortune of Others