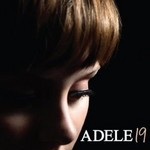 '19' is a beautifully crafted debut from this amazingly talented 19-year-old soul singer from London. Adele's songs of loves lost and memories made are set to resonate with all who hear them.

Adele first came to mainstream attention with her performance of Daydreamer (the opening track on '19') on Later…With Jools Holland, where she blew away the likes of Bjork and Paul McCartney.

A fan of such diverse artists as Jill Scott, Etta James, Billy Bragg, Peggy Lee, Jeff Buckley and The Cure, Adele's soul tinged songs of loves lost and memories made are set to resonate with all who hear them. '19' is an album that leans on all these influences, and coupled with Adele's amazing voice, is a beautifully crafted debut.

"The voice of next year."
- Q Magazine

Love's Been Rough On Me

The Best of Elvis Costello: The First 10 Years
more suggestions…