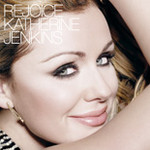 One-woman classical crossover cottage industry Jenkins follows 2006's 'Serenade' with this, her fifth album in as many years. While on this release she continues to tackle pieces from the classical repertoire and "classicised" renditions of pop standards, it also sees her developing more of a pop sound, with big production numbers sung in English, including two songs written specifically for her by Take That's Gary Barlow.