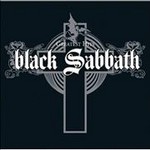 A 14-track collection of classic tracks from across the bands first eight albums (the Ozzy years) - including the classic tracks "Paranoid", "Iron Man", "Sabbath Bloody Sabbath", "War Pigs" and original version of "Changes"

The compilation brings some of the best loved and most influential rock songs of all time together on one album - including such classics as "Paranoid", "Iron Man", "Black Sabbath", "Sabbath Bloody Sabbath", "War Pigs" and the original version of "Changes" (a song that went on to become a UK No1 in 2003 when re-recorded by Ozzy Osbourne with his daughter Kelly).

Black Sabbath's 'Greatest Hits' is a must have for any self respecting rock music fan!