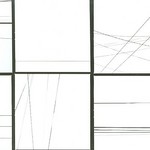 It can be incredibly difficult for an experimental group to continue exploring for years on end without getting stale, but Tortoise achieve that balance here effortlessly.

Returning after a five-year gap (which, granted, included a box set and a collaborative record with Bonnie "Prince" Billy), Tortoise confronted a pair of age-old musical questions: does anyone really care about an experimental rock group after 15 years, and does said group actually have anything to say after that length of time?

'Beacons of Ancestorship' neatly squashes all those questions & assumptions, revealing a band that is just as fascinated with sound - and just as intrigued by its myriad possibilities - as they were when they debuted in 1993. The time signatures are constantly shifting, the lights of vitality & inventiveness they displayed twelve years earlier are completely undimmed, and the reference points for their music are constantly expanding.

The spaghetti Western impressionism of "The Fall of Seven Diamonds Plus One" would be perfect for their excellent 'TNT' LP, and the group get positively off-the-wall at the end, with a pair of songs ("Monument Six One Thousand" & "Charteroak Foundation") that pit guitar lines over drums-and-bass tracks that don't sound as if they were recorded for the same selection.

It can be incredibly difficult for an experimental group to continue exploring for years on end without getting stale, but Tortoise achieve that balance here effortlessly.

"'Beacons of Ancestorship' is a mature effort, mindful of the group's legacy while simultaneously pushing at their musical boundaries..."
-SIGNAL TO NOISE