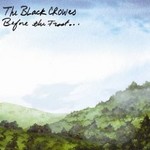 The Black Crowes
Before the Frost...

This eighth studio album from Southern blues rockers, The Black Crowes, is the follow-up to the sterling, 'Warpaint' (2008), and offers more of their signature raw, immediate rock tunes.

When The Black Crowes' first album appeared in early 1990, it was a record out of time - a rootsy, swaggering, Rolling Stones-meets-Faces rock 'n' roll disc released at the height of hair metal mania.

Nearly two decades later, the band had built a substantial catalogue and become hailed as one of rock's most exciting live acts, yet remained as artistically uncompromising as ever. It's perhaps no surprise, then, that the group decided to record 'Before the Frost...' and its accompanying digital album 'Until the Freeze' (the 'Before the Frost...' CD includes a code, allowing purchasers to download it) live in the studio in front of a small audience of devoted fans over the course of just five nights.

The results are suitably rough 'n' ready, and finds the band matching classic rock influences (as on "I Ain't Hiding", which recalls the Stones' 'Black & Blue' era) with its own trademark shambling southern rock vibe.