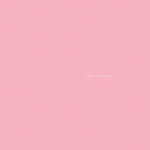 Released on LP for the first time in years, LP2 has been remastered from the original tapes and includes 2 bonus tracks.

Delivering on the promise Sunny Day Real Estate showed on their 1994 debut Diary, the following year's LP2 (a.k.a. The Pink Album, for its entirely pink cover) also felt like a posthumous work left by a brilliant writer. Shortly after recording LP2, the band spontaneously imploded: Enigk emerged born-again as a Christian, and the rhythm section, Nate Mendel and William Goldsmith, headed off to join Dave Grohl in Foo Fighters, seemingly sabotaging that once-limitless future. As tragic as the turn of events was for fans, the album proved how special the band was and underscored just how lamentable their too-early demise was. From its first ringing guitar tone to its abrupt conclusion, LP2 is a masterpiece of emotion and evocation, a sprawling musical soundscape that moves effortlessly from tender, unsteady sonic explorations to raging assaults of guitars.

At all times, it seems heartbreakingly fragile and moody, ready to spin apart at the apex of one of the band's guitar frenzies or fold in on itself when the music turns serene. There are plenty of both such moments, all of which come together to produce lovely, resplendent songs like "Friday," "5/4," "8," and "J'Nuh," made all the more breathtaking by Enigk's alternately tortured and delicate vocals. It's sometimes difficult to make out what he is warbling about, but the intent seems obvious. LP2 wears all of its affectations and passions on its sleeve and has a lump in its throat; in the process, it also creates the same sort of longing and desire in the listener. Few post-grunge bands were able to make their tortured souls sound so viscerally appealing, and few albums of the mid-'90s strike as poignant a note as this tour de force.
All Music Guide.