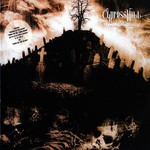 Black Sunday made Cypress Hill's connection to rock & roll more explicit, with its heavy metal-like artwork and noisier, more dissonant samples (including, naturally, stoner icons Black Sabbath). It's a slightly darker affair than its groundbreaking predecessor, with the threats of violence more urgent and the pot obsession played to the hilt (after all, it was a crucial part of their widespread appeal). Apart from those subtle distinctions, the sound of Black Sunday is pretty much the same as Cypress Hill, refining the group's innovations into an accessible bid for crossover success.

In fact, it's a little startling how often Black Sunday recycles musical ideas and even lyrical catch phrases from the endlessly inventive debut. And the rock-derived, verse-chorus song structures start to sound a little formulaic by the end of the record (how many choruses feature Sen Dog repeating part of whatever B Real just said?). But in spite of that, Black Sunday still sounds vital and lively, since the group has a surer sense of craft. Most of the tracks are fleshed out into structured songs, in contrast to the brief sketches that punctuated Cypress Hill.

The album benefits immensely from the resulting clutch of excellent singles (and songs that could have been), and while a couple of tracks feel redundant and underdeveloped, Black Sunday is overall a consistent, engaging listen, especially the flawless first half or so. Unfortunately, it's also the group's last great album, thanks to the musical recycling operation that began here and would handicap much of their subsequent work.
4.5 / 5 All Music Guide.

Live At The Powerstation (LP)