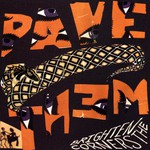 There's a difference between accessibility and focus, which Pavement illustrate with their fourth album, Brighten the Corners. Arriving on the heels of the glorious mess of Wowee Zowee, the cohesive sound and laid-back sarcasm of Brighten the Corners can give the record the illusion of being accessible, or at the very least a retreat toward the songcraft of Crooked Rain, Crooked Rain. And the record is calm, with none of the full-out blasts of noise that marked all of their previous releases. It would be easy to dismiss the absence of noise as mere maturity, or a move toward more accessible songcraft, but neither statement is entirely true. Brighten the Corners is mature but wise-assed, melodic but complex -- it's a record that reveals its gifts gradually, giving you enough information the first time to make you want come back for more. At first, the dissonant singsong verse of "Stereo" seems awkward, but it's all pulled into perspective with the gleeful, addictive outburst of the chorus, and that is a microcosm of the album's appeal. The first time around, the winding melody of "Shady Lane," the psycho jangle pop of "Date With Ikea," the epic grace of "Type Slowly," and the speedy rush of "Embassy Row" make an impression, but repeated listens reveal sonic and lyrical details that make them indelible. Similarly, Stephen Malkmus' hip-hop inflections on "Blue Hawaiian" and the quiet beauty of "Transport Is Arranged" unfold over time. While the preponderance of slow songs and laid-back production makes the album more focused than Wowee Zowee, it doesn't have the rich diversity of its predecessor -- "Type Slowly" comes closest to the grand, melancholic beauty of "Grounded" -- but it remains a thoroughly compelling listen. (4 / 5 All Muisc Guide)