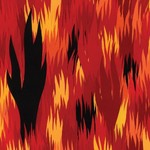 Their seventh studio release, 'The People's Key' was recorded in Omaha, Nebraska, at ARC Studios, was produced by Mike Mogis and engineered by Mogis with Andy Lemaster.

According to Bright Eyes frontman Conner Oberst, 'The People's Key' is a concept album exploring themes relating to science-fiction, time exploration and humanity. Sonically, the album is going for a rockier sound, partly influenced by the Pixies.