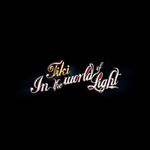 Tiki
In the World of Light

Best described as "musically fearless", New Zealand's very own influential and beloved artist Tiki Taane now brings us his second album, one of the most highly anticipated releases of 2011.

'In The World of Light' sees Tiki teaming up with Dubstep heavyweights Truth, Optimus Gryme, Bulletproof and Crushington. Tiki also collaborates with Drum n Bass legends Concord Dawn and Sambora as well as newcomer DUBXL, and draws on the powerful vocal talents of Hollie Smith, Moana Maniapoto, Spanish superstar Bebe and his own father Uekaha Taane.