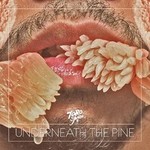 Toro Y Moi
Underneath the Pine

This second album by Chaz Bundick's Toro Y Moi builds on the chillwave of his 2010 debut, 'Causers of This', adding pop and disco elements to the mix, directly nodding to late 00s material by Stereolab.

When Chaz Bundick (A.K.A. Toro Y Moi) first signed to Carpark Records, the plan was to release two records in 2010 - one electronic and one with live instrumentation - and although it didn't quite fit into the same calendar year as his debut, 'Underneath the Pine' is that latter offering.

This effort sees him following the same creative urges to completely different ends. Having spent the year listening to film composers like Ennio Morricone and François de Roubaix, Chaz returned to his home in Columbia, the birthplace of many Toro tracks of yore, to bring his new ideas to fruition. The result of these sessions is an album evocative of R. Stevie Moore's homespun ruminations, David Axelrod's sonic scope, Steve Reich-ian piano phrasing, and the pervasive funk of Chaz's first record.

'Underneath the Pine' announces a new phase for an artist whose talent defies classification.

"Bundick traverses quite a few genres - from his trademark chillwave, to acoustic dream-pop and severe piano-led ballads. All of this is backed by his under-appreciated vocals..."
-CMJ

"'Underneath the Pine' is at its best on songs like 'Got Blinded', 'Still Sound' and 'Divina', with solid grooves and discernable melodies that leap out from the kaleidoscopic bramble."
-BILLBOARD

"'Underneath the Pine' is a great example of bedroom-pop's possibility, transcending its chintzy origins and embracing a more solid craft. Toro Y Moi is overachieving, everyone else is catching up."
-PASTE

"A bushy-tailed brand of junior psych rock, in thrall to The Zombies, David Axelrod and Shuggie Otis."
-UNCUT