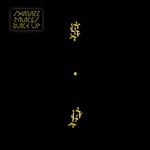 "Only a little more than a year after releasing two EPs - a self-titled one, and Of Light - Seattle's Shabazz Palaces signed to Sub Pop for their full-length debut. Even on a high-profile label, former Digable Planets member Ishmael Butler (formerly Butterfly) maintains a shroud of mystique, rapping under the facade of Palaceer Lazaro and purposely avoiding publicity, interviews, and liner credits. Considering his long-term time in the game, his wordplay is still surprisingly relevant, and, masked as Lazero, he reinvents himself by adding an air of sophistication to the persona of a streetwise gangster. Jazz references are no longer the norm and Butler steers away from the blaxploitation slang and rhymes about being an insect or a creamy spy, but he still has a distinctive, surreal style of flowing. Compared to former albums by Digable Planets, Cherrywine, Camp Lo (Butler guested on some of their tracks), or even on the prior Shabazz Palaces EPs (which were pretty dark to begin with), Black Up is a much harder-edged album. There are no obvious singles, and the beats are murky, splintered, and synthesized, reminiscent of the space-age rap of acts like Deltron 3030, Kool Keith, and Dälek. In a year when minimal production is on the upswing - a trend highlighted by the enormous buzz surrounding Odd Future and Tyler, the Creator's bare-boned productions - Shabazz Palaces seems perfectly in tune with a modern underground movement that embraces the most ominous and difficult aspects of hip-hop. As the mainstream becomes more and more predictable, Shabazz Palaces' inscrutability is a welcome change. Because the beats are so abstract, roots take precedent, and a strong presence on the microphone becomes the most important aspect. Butler fills this role with ease. His smooth, sparkling rhymes glue Knife Knights' watery environment together to create a provocative listen from start to finish."
-Jason Lymangrover