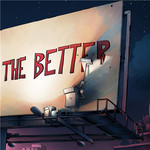 DJ Shadow
The Less You Know, the Better

Two parts bonkers, three parts tremendous, 'The Less You Know, the Better' reinforces Shadow's philosophy of giving your fans what they didn't realise they wanted...

Ever since his 1996 debut 'Endtroducing', DJ Shadow has always walked the fine line between listener expectation and his own inventiveness. But the title of this, his fourth album, encourages his listener to judge the contents within based on what it IS and not what it could be. Shadow has been reasonably outspoken in interviews regarding the internet's "devaluation of music", particularly so-called 'music fans' who will join a discussion board to collectively agree: "this sucks". There are no doubt scars from previous album 'The Outsider' where fans were split over Shadow's decision to work with a host of 'hyphy' rappers and supposedly defect from his comfortable 90s 'trip-hop' encampment. Arguably, these vocal tracks became the albums standout moments but that's besides the point: "This time", said DJ Shadow "I'm gonna do it my way" and, like that kid who sat at the back of the classroom, he is still refusing to pay attention.

'The Less You Know, The Better' kicks off with 'Back To Front': a skilful mishmash of spoken snippets, samples of unrelated stabs and strings, layered over a trademark untraceable breakbeat. It's reminiscent of a Steinski cut-and-paste epic but that's a thin comparison. This is deliberate uncharted territory. The whole point is not to sound like the next guy or slot into any available genre. And that's exactly where we go from here... a glimmer of mellow psychedelic folk ('I've Been Trying') sits alongside Jurassic 5-style hip hop ('Stay the Course' featuring Talib Kweli and one third of De La Soul), uptempo 60s funk ('Run For Your Life') soulclaps gleefully alongside a blast of instrumental heavy metal ('Border Crossing' sounding suspiciously like an offcut from Shadow's unreleased work with Zack De La Rocha). Some choice John Cage soundbites crop up to bookend the album's more downtempo moments (including 'Scale It Back' with Little Dragon vocalist Yukimi Nagano) while we recover from the Tom Vek collaboration 'Warning Call', a crazy crossbreed of 21st century punk-funk and 80s new-wave (new new-wave?).

The end result is two parts bonkers, three parts tremendous, and reinforces Shadow's philosophy of giving your fans what they didn't realise they wanted. Undoubtedly, there are moments that could easily have been lifted from previous albums, even his work with UNKLE, which suggests it's not really about confusing the DJ Shadow fan base. They know that half the fun is never knowing where a certain vocal or sound is taken from, whether it was found or created. Maybe the title could also be a message to the record company legal team?..."The Less You Know, The Better".