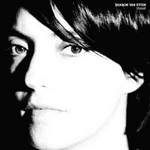 'Tramp' is Sharon Van Etten's third effort, and her debut offering for Jagjaguwar. Like 'Epic', its predecessor, the songwriter employs a full band.

The shimmering sound of 'Tramp' both defies and illuminates the unsteadiness of a life in flux. 'Tramp' is so titled because during its recording, Van Etten was homeless, storing her possessions and crashing with friends for a few days or weeks at a time.

The resulting album is an assured and strident one, showcasing an artist in control of her powers, incorporating vivid arrangements and instrumentation into the songwriting. It is a startling collection, filled with as much defiant rock as pious, minimal beauty. There are declarative hymns and remarkably sultry numbers. 'Tramp' features many stupendous guests, as well, including Wye Oak's Jenn Wasner, Julianna Barwick, and Beirut's Zach Condon, and Dessner himself.