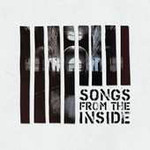 Various Artists
Songs From the Inside (Digipak Edition)

'Songs From the Inside' features songs by inmates at two New Zealand prisons and was produced by Anika Moa, Warren Maxwell, Maisey Rika and Ruia Aperahama. The album comes from the successful Maori Television series that follows four top kiwi musicians as they teach songwriting to prison inmates.

The 13-track album is the deeply personal conclusion of the musical journeys of the seven prisoners who completed the course. Their songs are raw and heartfelt, and come to life in a broad compilation that includes soul, R&B, hip hop and reggae. The four artists - Moa, Maxwell, Rika and Aperahama - provide backing vocals and supplementary music, with additional beats by P-Money and drums by Riki Gooch.

'Songs From the Inside' is a digipak album with the CD containing 13 tracks, each one preceded by a sound-bite from one of the students or artists, and a DVD containing seven songs - each song on the DVD is accompanied by a montage of footage from the series that traces the singer's journey through the programme. The album also comes with a 20-page booklet containing lyrics plus information about the project and those involved.

Disc 2 - DVD:
Seven Songs From the Inside

At Folsom Prison / At San Quentin: The 2 Classic Prison Concerts