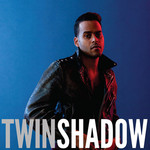 Much was made of the fact that Twin Shadow's second album was largely inspired by a motorcycle crash George Lewis, Jr. survived, but Confess thrills not just because it savors the triumph of cheating death, but because it celebrates living more chances. Lewis, Jr. throws aside the soft-focus balladry and wistfully guarded emotions of his debut Forget for flamboyant and dramatic action, and few sounds convey this widescreen yet heart-on-sleeve feel better than '80s-inspired synth pop and new wave.

Where Forget was wispy, Confess is bright and glossy, brimming with splashy drums, squiggling synths, and searing guitars. Even Lewis, Jr.'s vocals feel more retro and yet more vital, suggesting Peter Gabriel, Robert Smith, and Morrissey (especially on "The One") at their peaks at different points in the album. The single "Five Seconds" announced Twin Shadow's newfound urgency, and it remains one of Confess' brightest highlights, packing so much energy and emotion into its briskly strummed acoustic guitars and fuzzed-out, chugging electric ones that it's clear that five seconds apart is too long. The stakes remain that high on the rest of the album: Confess feels like the moment where you have to make your move or lose what you want forever.

Like M83 and Neon Indian, Twin Shadow mines the vastness and romance of the '80s without a shred of irony. On "Run My Heart," Lewis, Jr. nods not only to the Police and Bruce Springsteen with thunderous drums and an anthemic melody, he adds streaking synths, pianos, and a spoken word bridge -- and none of it seems remotely campy, just as "When the Movie's Over" reclaims late-'80s pop drama (replete with whistling!) as sincere and fresh-sounding.

Lewis, Jr. feels equally at home with the decade's R&B sounds as he is with pop and rock, especially on the excellent "Patient," where spare, hard-edged beats push the song into high emotional gear. Likewise, Confess' songwriting is also some of Lewis, Jr.'s most ambitious to date, especially on "I Don't Care," where clever lyrics like "as long as we can dance around the room while we lie" explore just how complicated love can be. Indeed, the album's emotional tenor is pitched so high that sometimes Forget's subtlety is missed, although that doesn't detract from what a huge step up Confess is from the bedroom soundscapes Twin Shadow made not too long before it. Like an actual confession, this album is equally bold and vulnerable, and all the more real and appealing because of that.
4 / 5 All Music Guide.