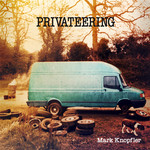 Produced by Mark and assisted by co-producers Chuck Ainlay and Guy Fletcher, 'Privateering' is the guitarist / singer / songwriter's first double-disc of originals. The myriad of pieces cover a wide variety of subjects seen through the eyes of many characters, evoking locations on both sides of the Atlantic and moving through a number of genres, including several blues tunes.

Missing... Presumed Having a Good Time