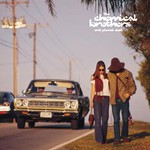 Heralding the stateside breakthrough of electronic artists, the debut album by The Chemical Brothers pushed big-beat into the mainstream and showed that there was much more to the second 'British Invasion' than just 'Britpop'.

An amalgam of trip-hop, big-beat, break-beat and techno, 'Exit Planet Dust' was the conduit between rock and dance music and was evidenced by the duo's ability to sell-out stadiums worldwide that hitherto had been the domain of only the biggest pop and rock acts.

Leave Home
In Dust We Trust

Life Is Sweet
Playground For A Wedgeless Firm

Chico's Groove
One Too Many Mornings
Alive Alone