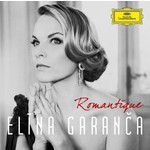 "...[She] moves effortlessly from top to bottom without ever sacrificing beauty of tone...Fans - and others - need not hesitate." Gramophone Editor's Choice, January 2013

"If we needed more evidence that the Latvian mezzo is shaping up to be one of the 21st century's greatest voices, this superb album of 19th-century arias supplies it in buckets. From top to bottom her timbre is rich and firm and her intonation virtually infallible...Pure vocal bliss." The Times, 6th October 2012 *****

"She has an intensely lyrical voice, lithe enough for ornamentation but also honing a dusky quality which is immediately appealing in the repertoire selected for this disc...Overall, this is a splendid operatic recital...[and] should appeal to aficionados of fine singing, especially in French repertoire somewhat 'off the beaten track'." International Record Review, December 2012

"Marguerite's soliloquy, accompanied by an eloquent cor anglais, is movingly done...[as Dalila] Garanca is sensuous without being vampish - quite an achievement in this part...[She] moves effortlessly from top to bottom without ever sacrificing beauty of tone...Fans - and others - need not hesitate." Gramophone Editor's Choice, January 2013

With a faultless technique wrapped in a voice as rich and warm as velvet, the Latvian mezzo-soprano Elina Garanca presents an imaginary portrait gallery of some of opera's most passionate and seductive heroines, complete with cameo appearances by a couple of their male admirers as well.