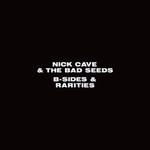 Nick Cave finally gives the dedicated fans what they've desired for years (and have probably amassed in various guises in shoddy bootlegs): an official career-spanning cataloging of the various Bad Seeds odds and ends on three CDs. There are 56 tracks compiled here. There are also some soundtrack offerings ranging from "I'll Love You to the End of the World," "Cassiel's Song," and "I Feel So Good" from various Wim Wenders films to a previously unreleased alternate version of "Red Right Hand," recorded for Scream 3.

There are the Bad Seeds' contributions to tribute albums such as Cave's rendition of Neil Young's "Helpless" from the Bridge benefit, and "Tower of Song" from the Leonard Cohen tribute I'm Your Fan. There are familiar covers such as the Cave/Shane MacGowan "collaboration" on "Wonderful World" and the awesome version of Roy Orbison's "Running Scared" that appeared as one of the B-sides of "The Singer" (and yes, "Black Betty" is here, too).

Real rarities include versions of the traditional "Rye Whiskey" from a flexidisc in Reflex magazine and "Scum," which was only sold at concerts. There is an unreleased version of "Where the Wild Roses Grow" with former Bad Seed Blixa Bargeld on vocals, as well as studio outtakes of "Opium Tea" and "Sheep May Safely Graze." And this is just a smattering. One of the true treasures here is "There's No Night Out in the Jail," recorded for an Australian country music compilation that was never issued. And of course, virtually every B-side is here, including the take of "Nocturama" that was included on the limited-edition 7" single.

For Cave fans who have been patiently and exhaustively compiling this stuff in all sorts of dodgy ways, this set is a righteous archivist's gift.
All Music Guide.