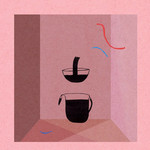 'Mala', Banhart's eighth studio album, was recorded in his then-home in Los Angeles. [He now resides in New York City.] He and Georgeson played most of the instruments themselves, using borrowed equipment and a vintage Tascam recorder they'd found in a pawn shop. "A lot of early hip-hop had been made on [the Tascam]," says Banhart. "And knowing my songs are not hip-hop whatsoever, we thought it would be interesting to see how these kinds of songs would sound on equipment that was used to record our favorite rap. Let's see how this technology would work for us." It was a new approach for the pair. "In the past we were more like, let's use the oldest equipment we could find."

Banhart's previous release, 2009's 'What Will We Be', received critical acclaim, with Rolling Stone calling it 'The best he's ever made'. The Los Angeles Times said the record 'Found him making comfortable, laid-back folk that didn't sound like a compromise - more like an artist growing into his own.'