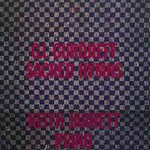 The exact date on which George Ivanovich Gurdjieff was born into this world is unknown. This is fitting, for to one who spent his life trying to unravel it, such mundane details would have been unnecessary in the grander scheme of things. Born in Armenia to a Greek father and Armenian mother, Gurdjieff traveled the world in search of fabled monasteries and the secrets they contained. Unlike many before and since, he succeeded. Yet more unlike many before and since, he packed that knowledge into his somatic consciousness until it burst like a supernova. Biographer John Shirley likens the Gurdjieff encounter to a cold shower, "a welcome shock of wakefulness" that leaves its deep, indelible traces in body and soul. Music was the dark matter of his cosmology and operated at the whim of an inarticulable law by which the listener felt compelled to turn oneself inside out, loosing previously bottled emotions into the open stars. Music was vibration, and vibration was life itself. In the hands of an artist like Keith Jarrett, I daresay it becomes something more.