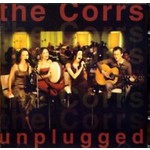 1999 release of a special show recorded for MTV Europe where only their acoustic instruments were allowed to create a truly intimate set of performances of many of their best songs. A beautiful surprise is an emotional rendition of REM's 'Everybody Hurts'. Also includes a lovely version of their American breakthru single, Stevie Nicks' 'Dreams', that was left off the European edition of this album.